Alaska Ecoscience is a small business located in Fairbanks, AK, dedicated to the study of Alaska’s changing landscape and how humans can adapt to these changes. Formed in 2008, the company has provided research expertise to government and industry on permafrost dynamics, ecosystem responses to climate change, and strategies for sustainable development on Arctic and Boreal landscapes. Services and capabilities of Alaska Ecoscience include: permafrost characterization and analysis; ecological land classification; field inventories of geomorphology, soil, and vegetation; vegetation and habitat analyses; ecological restoration; and GIS mapping, analysis, and change detection.

Alaska Ecoscience is owned by M. Torre Jorgenson. He also is an Affiliate Professor with the University of Alaska Fairbanks, Institute of Northern Engineering, and affiliate faculty with Departments of Biology and Wildlife, and Geology and Geophysics. He is a past president of the U.S. Permafrost Association. Previously, he was a Senior Scientist with ABR, Inc. for 24 years (1986-2008), an ecologist with the U.S. Fish and Wildlife Service (1982-1984) where he worked on seismic exploration impacts, and permafrost analyst for Ray Kreig and Associates (1981-1982) where he mapped permafrost for the proposed Alaskan Natural Gas Transportation System. He has worked on ecology and geomorphology studies throughout Alaska for over thirty years, focusing on vegetation-soil-permafrost interactions and ecological impacts of human activities. A primary focus has been ecological land classification and terrain mapping, coastal studies, and soil carbon/permafrost dynamics throughout Alaska. He was on the steering committee for the international Arctic Coastal Dynamics project and is the US mapping team member for the Circumboreal Vegetation Mapping project. He has conducted numerous studies on oilfield impacts and land restoration in northern Alaska over several decades. Current projects include characterizing and mapping permafrost in northern Alaska, mapping permafrost and soil carbon in the Yukon River Basin, quantifying changes in hydrology and soil carbon after permafrost thaw in central Alaska, assessing effects of climate change on permafrost and landscapes on military lands, assessing effects of glacial thermokarst in northern Alaska, modeling changes in habitats from climate warming in northwest Alaska, and monitoring long-term ecological changes on the Yukon Kuskokwim Delta since 1994. 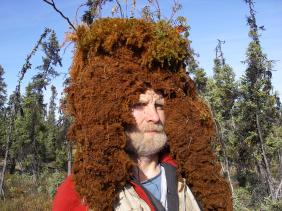